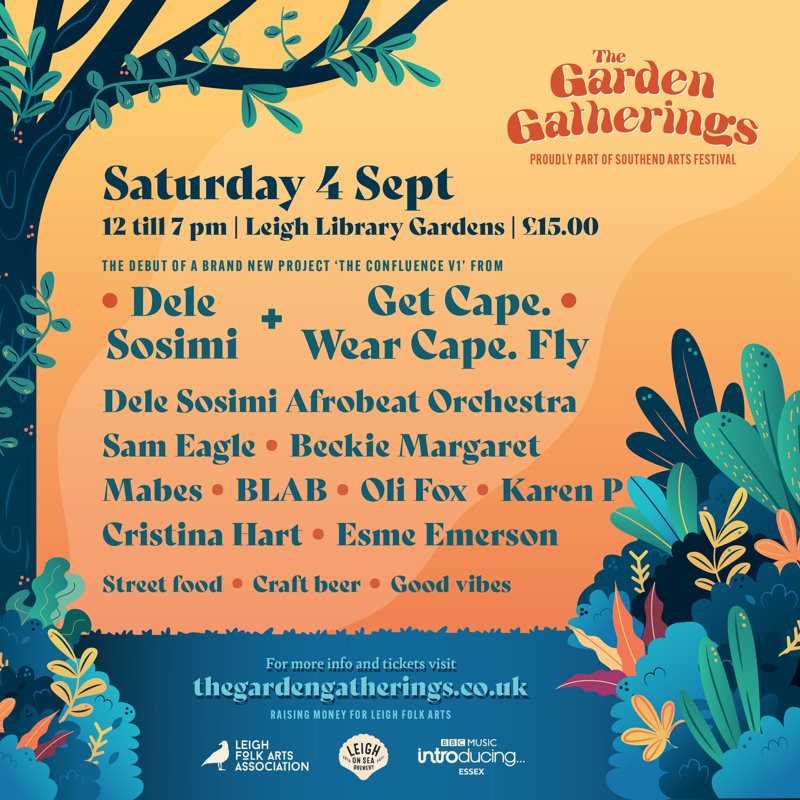 A day of music exclusively curated by Get Cape. Wear Cape. Fly that will culminate in the live debut of his new project, ‘The Confluence V1: Where two rivers meet’, alongside special guests.

‘The Confluence’ is a long-promised collaboration between Dele Sosimi (Fela Kuti's Egypt 80) and Sam Duckworth (Get Cape. Wear Cape. Fly.) The project was born out of a series of sessions at Southend’s SS2 Recording with Callum Green (Drums), Philip Van Den Brandeler (Bass) via Stockholm; Pete Fraser (Sax). Described as ‘the soundtrack to the road to a brighter, more free, tomorrow’. Tickets go on sale at 10am on Monday 28 June.

Across the weekend, BBC Introducing in Essex has teamed up with Leigh Folk Arts to select some of the county’s finest unsigned, undiscovered and under the radar musicians, including Oli Fox, Cristina Hart and Esme Emerson adding to the lineup.

The line-up will be accompanied by street food, craft beer, cocktails and good vibes.

Ticket and event terms and conditions can be found here.